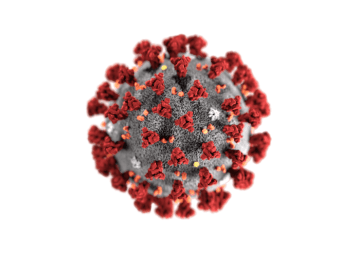 Joe Biden won a majority of the popular vote, is approaching 300+ electoral college votes and will become president on January 20, 2021. And, there will be no veto-proof majority in the Wisconsin GOP-led legislature. Now it’s time for governing, including compromise, negotiation, respect for opponents (they are not enemies) and acceptance of science.

I spoke with Doctor Bill Melms, Chief Medical Officer, Marshfield Clinic. He said: “We are at a tipping point in Wisconsin. As we continue to see increases in the daily rate of new cases of COVID-19, we must expect that the number of hospitalized patients will continue to increase as well.” There are now about 270,000 cases, over 2,300 deaths.

Doctor Melms explained: “We will not see the light at the end of this tunnel until we start to see the number of new cases decrease, and we will not see this until there is a change in behavior. … (Wisconsinites must) wear a mask, socially distance and avoid situations where others do not mask or distance. If you are told to quarantine, please do so.” This is nonpartisan advocacy based on science.

Ohio GOP Governor Mike DeWine understands. He said: “This virus doesn’t care if we voted for Donald Trump, (or) Joe Biden. It’s coming after all of us. … Most states … (have) put on a mask mandate. … It can work at the state level and it has worked.” Why? “Face coverings decrease the amount of infectious virus exhaled into the environment, reducing the risk an exposed person will become infected” (JAMA).

Tommy Thompson, former Wisconsin GOP governor and now president of the UW System, has taken bold action: A mask mandate, social distancing, widespread testing, contact tracing and housing to quarantine the sick. He said: “I’m of the opinion that when you have … an outside enemy like this virus, you have to fight it on a bipartisan basis.” He has appealed to the country “to come together”.

We need to find common ground. The state health system is overwhelmed, especially in rural areas. Doctor Melms said: “While rural and urban health care organizations face some of the same fundamental challenges, some of those challenges are magnified in the rural setting. Staffing is a prominent example.” Moreover, rural hospitals lack intensive care beds, adequate transit and enough PPE.

To move forward I propose the following: Wisconsin Democratic Governor Tony Evers would be wise to ask a prominent Republican to serve in his administration to reach out to GOP legislative leaders. I would suggest Governors Evers touch base with Thompson, former GOP state Senator Dale Schultz and retiring GOP state Senator Luther Olsen. And, take a look at how North Carolina (NC) Blue Cross-Blue Shield, doctors, Nonwoven Institute and Freudenberg Performance Materials are collaborating to manufacture N95 masks in NC. We could do the same in Wisconsin.

Finally, Doctor Melms recommended: “Spend the (Thanksgiving) holiday with your household contacts and not with your extended family and friends. There will be better days ahead.”

— Kaplan wrote a guest column from Washington, D.C., for the Wisconsin State Journal from 1995-2009.

Team Biden vs the Radical Right