In the critical Wisconsin Supreme Court race, Citizen Action of Wisconsin’s board voted to endorse both Ed Fallone and Jill Karofsky.

After interviews which included members from across the state, Citizen Action member and board leaders concluded that both would be independent judges who will fairly interpret and apply the law for everyone, regardless of their race, their income, or where they live. Their judicial integrity is in sharp contrast to the current Supreme Court that regularly twists the law to rubber stamp the priorities of a single political party, and caters its decisions to the interests of the rich, the powerful, and the well connected.

“Both Ed Fallone and Jill Karofsky would make excellent and impartial Wisconsin Supreme Court justices who give every case a fair hearing and render decisions based on rigorous legal interpretation not ideology,” said Robert Kraig, Executive Director of Citizen Action of Wisconsin. “Fallone or Karofsky would be a breath of fresh air on a Supreme Court where the majority regularly puts politics and ideology ahead of the fair interpretation of the law. Does any fair minded person doubt that the Supreme Court majority would have struck down the lame duck session laws, if the shoe was on the other foot and a newly elected Republican governor’s power were curtailed by a Democratic Legislature?”

This week Citizen Action of Wisconsin’s Board announced its endorsement of state Senator Chris Larson for Milwaukee County Executive. Additional spring election endorsements we would like to highlight include candidates in three key Milwaukee Common Council races: State Representative JoCasta Zamarripa in the 8th district; Marina Dimitrijevic in the 14th district; and Fred Royal in the 7th district.

While we are endorsing Larson, Citizen Action members also were impressed with Milwaukee County Executive candidate State Representative David Crowley, and believe he would also be a solid progressive leader for Milwaukee County. 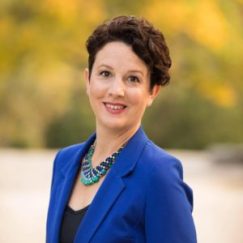 In the 14th Common Council District, Citizen Action is endorsing Marina Dimitrijevic. “As our County Supervisor, Marina Dimitrijevic has led the way to reduce the county’s environmental footprint,” said Kraig. “She authored Milwaukee County’s Greenprint and her plan to eliminate forever plastics will make an enormous impact in keeping our waterways clean. At City Hall, I know she will be a partner in our efforts to win a Milwaukee Green New Deal which dramatically reduces community-wide greenhouse emissions and creates family supporting jobs for those who need them most.” 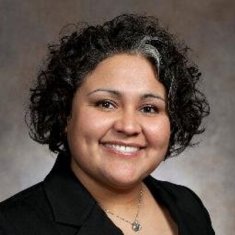 In the 8th Common Council District, Citizen Action is endorsing State Representative JoCasta Zamarripa, who is a member of our board of directors. “In this majority people of color southside district we believe JoCasta will do a tremendous job of bringing the diverse voices of the area to City Hall,” said Kraig. “We also believe that Zamarripa will be a strong progressive leader who will fight for Citizen Action’s climate and racial equity agenda.”

While Citizen Action is endorsing JoCasta Zamarripa, members and board leaders concluded that her opponent Justin Bielinski is aligned with our values, and also would be a positive voice at City Hall.

Citizen Action also made endorsements in a number of other Milwaukee Common Council and County Board races, as well as the Milwaukee Comptroller and Wauwatosa mayoral races. 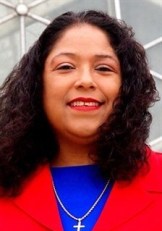 Citizen Action of Wisconsin’s North Central Organizing Co-op and allies held a CD 7 candidate forum in Wausau this Wednesday evening at the Labor Temple. The forum was a part of Citizen Action’s endorsement process.

The forum asked 3-5 questions to the 2 Democratic candidates, Tricia Zunker and Lawrence Dale. Each question was asked by a co-op member and/or ally of the Organizing Co-op. The questions were based off of our Progressive Platform, that was developed by co-op members from all across the State.

This event was open to the public, and we were blessed to have PBS, Wausau Daily Herald, The City Pages/Record Review, Wausau Public Access and attendees from 4 different counties!

Citizen Action surveyed all of the attendees, and will consider an endorsement before the primary election on Tuesday, February 18th.

The retreat helped us develop a shared analysis of the political moment we are in and a vision for structural change, nationally, statewide and locally.

Join Vote Yes for MPS referendum committee is canvassing every Saturday, from 10am-1pm or Noon-3pm from the MTEA office, 5130 W. Vliet, and the Bay View Community Center, 1320 E. Oklahoma Avenue.

The Vote Yes for MPS coalition will add additional locations in the coming weeks, including Riverwest.

Have you ever wished you knew how to make your voice heard in government?  Do you feel like politicians don’t really represent your best interests? Do you want to learn how to work with politicians to create the kind of change you want to see in the world?  Citizen Action of Wisconsin is committed to giving you the tools to make you a better activist and restore your voice in our democracy!

Citizen Action of Wisconsin is hosting a training teaching you how to make your voice heard!  Please join us at 11:00 AM on February 8th at the South Community Library in La Crosse for our “Citizen’s Grassroots Lobbying Training.” We will be training Citizen Action of Wisconsin members (and the general public) how to meet with elected leaders on the local, county, state and nation level to lobby for the kind of change they want to see in the world. Training topics will include how to get a meeting with elected leaders, how to convey your message, how to find your representatives, the power or personal lobbying and so much more.

Political power in America was meant to belong to the people. This training will give you the tools to take that power back.  Citizen Action of Wisconsin deputy director Matt Brusky and Movement politics director JoAnne Bautch will be leading these trainings. Several co-op members will also be on hand to present on issues they care about that you could be talking to your representatives right now!

We will be meeting from 11:00 AM to 1:00 PM at the La Crosse Southside Community Library (1307 16th st s La Crosse Wisconsin). Everyone is welcome but space is limited so come early!  Please RSVP for this event here.

“Coffee with your Co-op” is a great chance to meet fellow activists and co-op members, talk politics, learn about upcoming events, and talk about how we can mobilize our power!  We do all this in an informal setting over coffee. “Coffee with your Co-op” events take place in La Crosse, Viroqua and across Southwest Wisconsin! Our next gathering will be in La Crosse on February 22nd at noon. We will be meeting at Java Vino on State rd.

We will be joined by State Senate candidate and Citizen Action of Wisconsin co-op member Joni Anderson. Joni is running against Luther Olsen in district 14. Joni is the vice president of her union and is running on a platform of fighting climate change, Medicare for all, building the labor movement and ending the unfair political practice of gerrymandering. Joni will be on hand to discuss her campaign and how Citizen Action members, even those outside of her district, can get involved with her campaign.

“Coffee with your Co-op” events are open to all co-op members as well as those who just want to learn more about the work Citizen Action of Wisconsin is doing. Please take a moment to RSVP for this event here.  We look forward to seeing you on Feb 22nd at 12:00 PM at Java Vino in La Crosse!

Southeastern and Healthcare “coffee with your Co-op”

Are you surrounded by Trump loving relatives? Are you frustrated watching the news and feel comforted by spending time with like minded people?  Get caught up on the recent news and events at Citizen Action while visiting with fellow politicos. Grab a cup of joe and know you are among friends. Karen Kirsch will be hosting the Milwaukee area coffee group so stop and visit with her.

If you have any questions, you can email her at [email protected].  She looks forward to seeing you Wednesday, Feb 5th at 2:00 PM at the 2301 KK, Collectivo in Bay View.

Citizen Action believes that healthcare should be a human right and we are mobilizing our members to take action to expand that right to everyone! Your story can have a huge impact and help to expand healthcare! Join us on at 12:30 PM March 7th at the Southside La Crosse Public Library to learn how to tell your healthcare story. We will be collecting stories to be used across social media and in lobbying efforts. John Havlicek from the La Crosse teacher’s union will be on hand to teach everyone the power of their stories and how those stories can create a better tomorrow! Everyone will be able to record a video telling their own personal story.

This event is open to the public so please invite friends and family who care about expanding healthcare across Wisconsin and across America!  Please RSVP for this event here.  We look forward to seeing you Saturday March 7th at 12:30 at the Southside La Crosse Public Library located at 1307 16th st south in La Crosse Wisconsin to learn how to your personal story can create change!  Space is limited so plan to arrive early!

We discuss the historic tentative agreement with the Milwaukee Bucks 1000 workers that will set new wage standards for the for the sector with Milwaukee Area Service and Hospitality Workers (MASH) president Peter Rickman. We announce Citizen Action’s endorsement of Ed Fallone and Jill Karofsky for state Supreme Court and Chris Larson for Milwaukee County Executive. The panel previews the Iowa Caucus and makes its predictions. We also discuss a new executive order from Gov. Evers establishing a public redistricting commission that will ban elected officials and lobbyists from participation. Finally we talk about Evers’ decision to delay implementing Scott Walker’s Medicaid work requirements, and his signing an executive order creating a student debt task force.