Thursday October 3rd the Driftless region had its official launch event. It was a great event. Big thanks to Carla Pena and Emmy Sterling for helping us secure the location.  A huge thank you also goes out to UU La Crosse for the use of their building.

We had 26 potential members join us. We laid out a plan for 10 house meetings, 86 person one on ones, and 14 organization connections.  Now the work of our 60 day recruitment drive begins!

Several Citizen Action members were on hand to speak and add their voice to the event. Amy Dummer spoke about the push to get rural electric co-ops involved in our push to create a local Green New Deal. Chris Hippy from IBEW Local 14 spoke about how we’ll make sure family-supporting high skilled careers in energy efficiency are created and sustained in the community. Peter Klitzke, La Crosse county Dems field organizer, spoke about the year long canvass program he is helping to launch right now!

Kevin Kane was on hand to present about the co-op organizing model and our plan to help upgrade 1,000 area homes with energy efficient upgrades like solar panels, new insulation, better windows and new appliances. Not only did Kevin build this campaign he also was the first to upgrade his own home!  News Channel 8 will even be talking to Kevin very soon about this program!

If you know anyone in Southwest Wisconsin who wants to be part of a people powered, progressive movement put them in touch with Ben at [email protected].

Join Citizen Action and our allies to learn what you can do to help empower our neighbors. Eau Claire county is one of only three in the state with higher poverty rates than the state average. We will be joined by community leaders who have been on the front lines of this fight.

A training and issue canvass will follow, giving us an opportunity to put into action our shared values as a community.

Thursday, October 10th we are planning a day of action around prescription drug reform.  Meet us outside Congressman Jim Sensenbrenner’s office at 11 AM to demand that we finally take meaningful steps in this country toward reform and put people first.

We must change the system to make sure everyone can benefit from our shared public investment in new drug research and development by ensuring that medicines are affordable and accessible to everyone. Government funding and incentives must prioritize medical breakthroughs that most serve the public good rather than those that primarily extend monopolies and increase corporate profits.

Impeachment or Not?: A Debate

Join Grassroots Northshoore, Grassroots Southshore, and Citizen Action of WI for a debate of one of the most important current issues facing us, the impeachment of President Trump.

Kathleen Dunn will be moderating the debate with Citizen Action’s Robert Kraig (For) and Dr. Sheldon Wasserman (Against) taking opposing points. 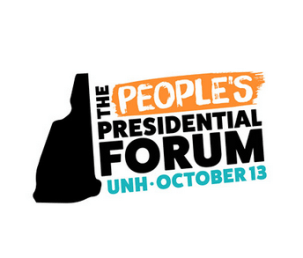 Candidates will be invited onstage for answer real questions from everyday people about the struggles facing the multiracial working class and what solutions we can forge, together, to make change.

WATCH VIDEO from the Iowa Presidential Candidate Forum in September. You won’t see anything like this during the other mainstream TV debates.

Bill Kaplan: Wisconsin is at a COVID-19…