Congratulations to Eric Genrich for his primary victory this Tuesday in the Green Bay mayor’s race with 44% percent of the vote. Eric is a former state legislator and a founding member of the Citizen Action Northeast WI Co-op.

Citizen Action endorsed Lori Palmeri advanced to the general election for Oshkosh mayor. In Milwaukee, Megan O’Halloran won her 3 way primary for MPS school board with 65% of the vote.

Both Lori and Megan will have general elections on Tuesday, April 2nd. 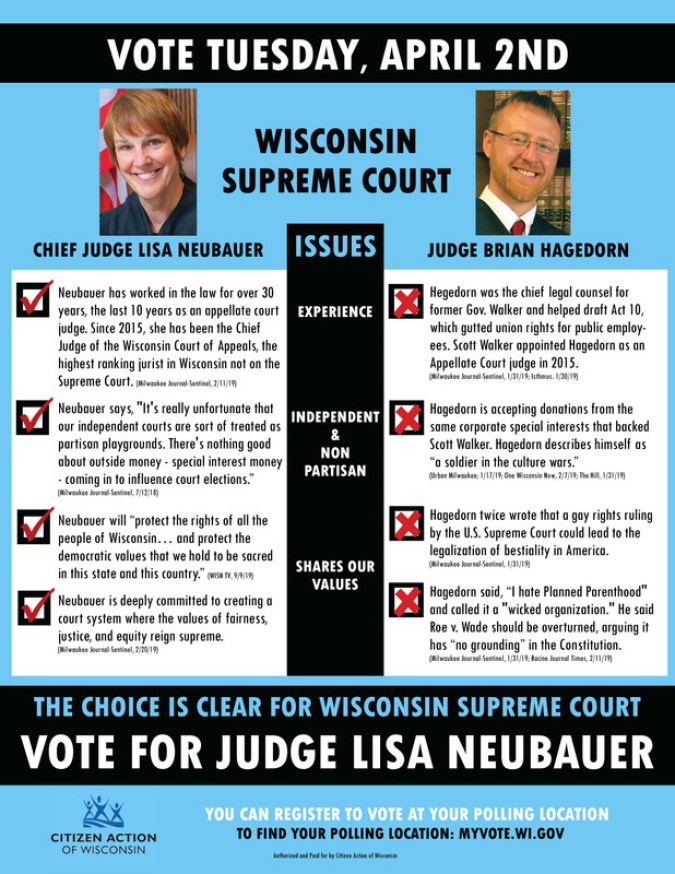