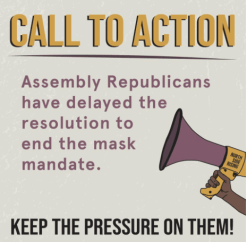 In a surprise move Thursday, State Assembly Republicans pulled their dangerous resolution to end state public health emergency, including the important mask mandate. It is believed they will try again as early as next week! We need to keep the public pressure on them! Call your state representative today and urge them to oppose ending the mask mandate.

A Recipe for Making Change in Biden’s Washington: To make it happen, progressives must learn to co-govern and build more power.

Originally published: In These Times
By: Robert Kraig

Since President-elect Joseph Biden clinched the Democratic nomination, progressive analysts have generated a rich literature on how he should govern. While this is valuable, the intense focus on Biden as the lead actor in the drama distracts us from the Left’s own agency to shape the outcome of his presidency, making us extras when for the first time in half a century we have the potential to be lead players. In the same way that Biden must radically evolve to govern effectively, so must the rising progressive movement if we are going to play the change-making role that current events demand. Let me explain.

In 1941 pioneering labor and civil rights leader A. Philip Randolph asked FDR what he could do to intervene against soul crushing racial oppression. ​“I agree with everything that you’ve said,” FDR answered. ​“But I would ask one thing of you, Mr. Randolph, and that is go out and make me do it.” To forestall a march on Washington Roosevelt did take an important incremental step, barring discrimination in war industries, but Randolph was not in any position to create enough public pressure to force him to act more broadly. A political realist like Roosevelt was not going to blow off the segregationist leg of the Democratic governing stool. The most generous spin on Roosevelt’s deceptive answer: He was saying that the politics had to be workable because civil rights would otherwise undermine his power to govern. In this sense, the challenge FDR put to Randolph is relevant for progressives in 2020: What would make the politics work for Biden?

Progressives need a realistic view of the power dynamics at play. A toxic and mutually reinforcing mélange of ideology and pay-for-play politics makes placing progressives in key posts a heavier lift than making populist pronouncements and adding antiracist campaign planks.

CLICK HERE to read the rest of the article at InThese Times. 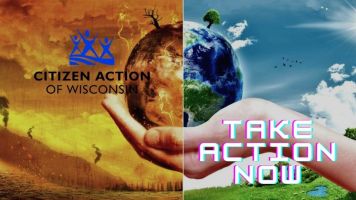 On January 28th climate activists from across the state joined virtually to learn about actions they can take to address the climate crisis RIGHT NOW.  Climate leaders from the Citizen Action of Wisconsin Driftless Co-op were on hand to present about program they have been working on and to help folks take the next step.  You can watch the entire event here.

Some of the topics presented included:

A huge thank you to everyone who attended.  You can still take action.  Use this link to commit to action RIGHT NOW.  Also keep an eye open because on Feb 8th Citizen Action of Wisconsin will be debuting a “Climate Action Hub” website listing all the climate actions folks can take.

The climate crisis is real and we must all do our part! 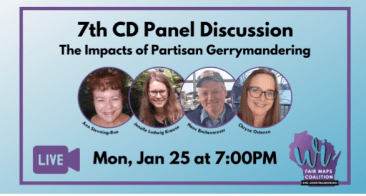 The WI Fair Maps Coalition organized a panel discussion held on Monday, January 25th to address the impact of partisan gerrymandering in the 7th Congressional District. NC Organizing Co-op members Chrysa Ostenso and Hans Breitenmoser joined two others for the panel discussion emceed by Fair Maps WI Organizer Carlen Bechen. This was a buildup event to the People’s Maps Commission public testimony hearing that was held on Thursday January 28th. You can see a recording of the panel discussion here. 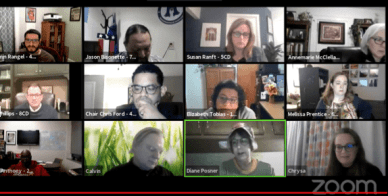 Nine members of the NC Organizing Co-op turned out for the public hearings held by the People’s Maps Commission. Each person that provided testimony was given 3 minutes to speak. Many examples were given on the negative impacts of partisan gerrymandering. One thing that was discussed that we need to hear more about, is how gerrymandering affects minority communities. Because some minority populations are more concentrated in certain areas, gerrymandering can disproportionately affect these communities, leaving them with inadequate and unresponsive representation. Some spoke of the obvious and measurable changes in the elections in certain districts within the 7th CD. You can see the entire hearing here.

The Marathon County Public Library (MCPL) is attempting to leave the Wisconsin Valley Library Service (WVLS, based in Wausau) to join the South Central Library System (based in Madison). The library is acting to withdraw from its current system without citizen input, and without any history of service complaints about the system from patrons or the library itself.

The library’s withdrawal from its system will not only cost Marathon County tax revenue, jobs, and support for local businesses; it will also destabilize libraries and patron services in Clark, Taylor, Oneida, Lincoln, Langlade, and Forest Counties. The decision on whether MCPL joins a Madison-based library system is now before the Marathon County Education & Economic Development Committee. Citizen Action of Wisconsin members and supporters are contacting our county supervisors to tell them not to support MCPL’s withdrawal from its current system.

You can help NOW by contacting your county supervisor or local elected officials and telling them not to support MCPL’s withdrawal because the potential consequences to our communities, our rural libraries and all regional library patrons are too great. Here are the impacts if MCPL leaves the system:

If you do not know who your Marathon County Supervisor is, or who your local elected official is, you can find out here. And you can get their contact information here. By joining together to call on our elected leaders to protect the system in place, we can make sure that all of our community libraries thrive, instead of just the larger few.

Citizen Action’s Robert Kraig was on the Jeff Santos show for the full hour to discuss the threat of the radical right, impeachment, and legislative strategy in the 50/50 U.S. Senate. Listen here

A major article on progressive strategy in the Biden years by Citizen Action’s Robert Kraig was published in a major national progressive magazine. Read it here.

We discuss the horrific vote by Senate Republicans to cancel the state health emergency and the mask mandate while also nixing COVID-19 relief. The panel welcomes State Senator Chris Larson to talk about Tuesday’s Senate vote and the policy atrocities taking place at the State Capital. Is there any rationale for the actions of the majority at all, or are we witnessing reckless disregard for human life? We close with a scouting report on President Biden’s new executive orders this week on climate and healthcare. Do they signal a bold new progressive direction for our national government?

We are proud to announce our 2021 Spring Candidates endorsements! We look forward to supporting you along the way. 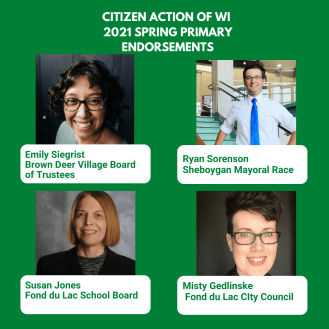 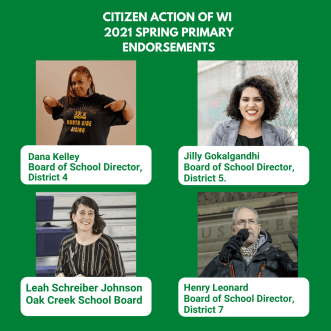 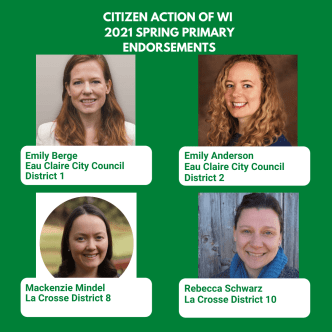 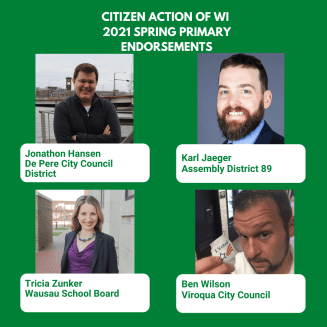 Make sure you are a registered and informed voter! Complete your plan to vote by February 16, 2021. 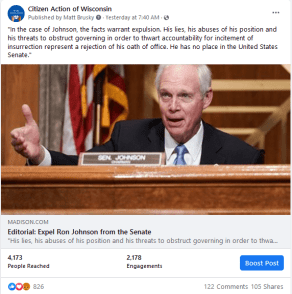 Act Now: Pledge to be a Climate…

Report: Wisconsin’s Billionaires Got $11.1B Richer During…