Building Back Together for Climate Action in the Driftless Region!

Activists from across the Driftless Region came together on Thursday, August 26th to create artwork and call on Congress to “Build Back Better” and take bold action to combat the climate crisis! Together, we created art that amplified the immediate need for climate action to display at our media conference.

UWL student activist Abby Siakpere spoke about the importance of clean water as her own neighborhood is currently contaminated by PFAS. Abby Ross of Wisconsin Conservation Voters spoke about how now is the time to “go big and bold” in our efforts to combat climate change. Casey Meehan, environmental director for Western Tech, spoke about the college’s commitment to climate. 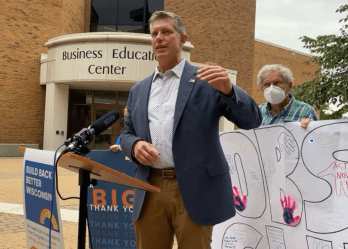 La Crosse’s own mayor, Mitch Reynolds, spoke of La Crosse’s deep investment in fighting climate change and he called on Congress to pass the Build Back Better agenda so that municipalities have the funds they need to create climate plans.

After the media event, climate activists marched to Congressman Kind’s office to drop off the artwork as a “thank you” for voting in favor of the Build Back Better bills.  They also dropped off a letter thanking the Congressman and calling on him to be even bolder.

Read about the event or stream the media conference at WXOW, News8000, The La Crosse Tribune, and WIZM News.

Building Back Together: Appleton! 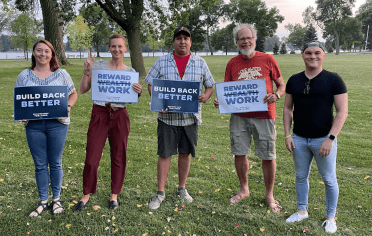 On Thursday, July 26th, we came together with Rep. Kristina Shelton and climate justice champions from across the state for a climate justice roundtable. We called on the Appleton City Council to commit to a 100% clean energy plan! By supporting Biden’s Build Back Better Agenda we can transition to 100% clean energy in addition to fueling our economy by creating millions of green good-paying jobs. We know that change starts with us and the work we do in our communities. Together, we can rebuild roads and bridges, modernize our energy grid, caregiving, and invest in 1000% clean energy and clean water. 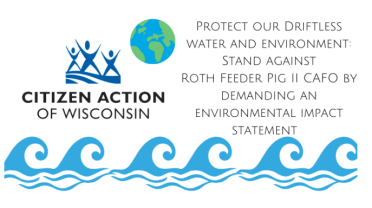 The DNR is on the verge of approving the largest hog CAFO in Wisconsin to operate on a narrow karstic ridge overlooking the lower Kickapoo River. The study and analysis done to date has been extremely lacking and, in some cases, simply incorrect. This is why we need a thorough review via an Environmental Impact Statement and serious conditions on this permit to protect air quality, streams, rivers, and groundwater, and the local community.

The decision to do more study and impose conditions on this permit sits entirely with the DNR, and this administration has pledged to do more to protect water, and recommit the DNR to science-based decision-making. After all the public hearings, press conferences, and bold rhetoric defining “clean water” as a priority, now we need to see action to back that up.

Please contact the Governor, Lt. Governor, and your local elected representatives to let them know that we expect our DNR to explore the full range of their regulatory authority in the case of this massive operation on such a sensitive and precious landscape. 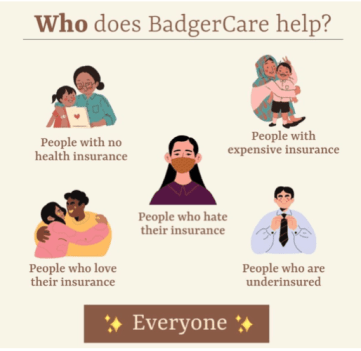 Join the Northwestern Co-op’s Healthcare Issue Team on September 1st, 2021 at 4:00 PM virtually as we discuss strategy to pass Medicare for All Resolutions and Badgercare Expansion Resolutions in our region. If you cannot make it to this meeting, we will be reconvening on September 14th at 7:00 pm. 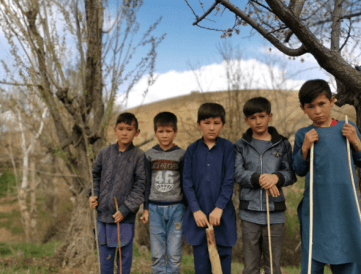 As we all know the situation in Afghanistan is dire.  Freedom-seeking, allies, and friends are fleeing after the violent takeover by Taliban forces.   These refugees are scared and need our support.  Many of these refugees are arriving at and staying at Fort McCoy outside Sparta Wisconsin (in the Driftless Region).

A La Crosse coalition made up of faith-based groups, progressive organizations and local American veterans are organizing efforts to provide relief and a welcoming message to these guests in our communities.  You can help now!

If you could spare a few dollars to donate please contribute today.
Your donation will help provide clothing, hygiene products, transportation for refugees to practice their faith, and so much more. Volunteer opportunities will be updated here to support in and around the Driftless area.

Sign up for Citizen Action of Wisconsin Movement Politics Academy! 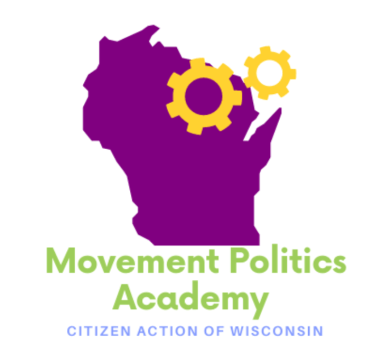 Have you ever thought about running for public office? Apply for Citizen Action’s Movement Politics Academy this fall. Our nine-week program will give you the tools you need to run an effective, progressive campaign, advancing on issues you will run on, build relationships and so much more. 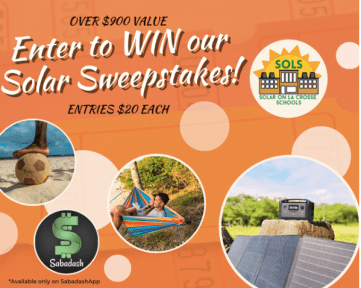 When’s your next SOLAR-powered camping trip?

Our friends and allies at Solar on La Crosse Schools (SOLS) are hosting a major fundraiser and giving away a HUGE camping package.  The SOLS Sweepstakes package is valued at over $900 and only 200 entries will be sold. Entries are $20 each and the winner will receive:

This sweepstake serves as one of the 2021-2022 fundraisers for SOLS and all proceeds will be used to put solar on La Crosse public schools! Will you be the lucky winner? Support from all over Wisconsin is encouraged! Download the Sabadash app and search for “Solar on La Crosse Schools” to enter.  Sabadash App is available for FREE in the Google Play and Apple App Store on mobile devices. Sabadash will show you all kinds of great deals that go towards good causes in the La Crosse area.  For more information and instructions for using the app visit Sabdash.

A Community for All Resolution Rejected by Marathon County Board of Supervisors.

Over 17 months ago, Wausau held a rally in support of George Floyd’s and Black Lives. It was Wausau’s largest rally ever. The Wausau Police Department, who were invited by Organizers, attended, supplied water, and participated in the event. The moment felt as if our community was truly coming together against police brutality and committed to fighting systemic racism that has allowed for this brutality to exist.

The leaders that organized the rally, then turned to the diversity affairs commission for the Marathon County Board of Supervisors to present the No Hate resolution. That was quickly shot down because of the name. Eventually, that resolution got a new name, “A Community for All”. After this resolution was drafted, it was voted on and sent to the Executive Committee. That Committee voted it down!

There was even a task force put together, of an even amount of those that supported the resolution, and those that did not. They reworded and brought it back to the Executive Committee. One of the more conservative members of this committee, Matt Bootz, offered an amended version that took the work equity out of the resolution and replaced it with the word equality. This amended version passed the Executive Committee. The Marathon County Board received twice as many emails of support as they did oppose. They also had more people speaking in support than those that opposed. Regardless of these facts, the Marathon County Board of Supervisors failed to pass the resolution, ending up with an 18-18 vote. Read more and stream the meeting here

Join the La Crosse Public Library for a very special, educational event about the history of Labor Day 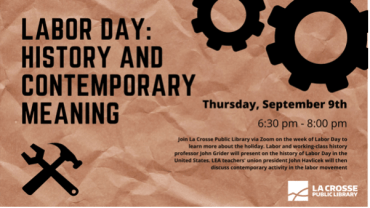 Join La Crosse Public Library on the week of Labor Day to learn more about the holiday. Labor and working-class history professor John Grider will present the history of Labor Day in the United States. LEA teachers’ union president John Havlicek will then discuss contemporary activity in the labor movement.

Registration is required for this online program. Please register here.

Citizen Action released a new report this week showing that the wealth of Wisconsin’s billionaires has skyrocketed during the pandemic, mostly tax-free. We call for Congress to include fair taxes on corporations and billionaires in the Build Back Better legislation being developed right now. Read coverage in the Wisconsin Examiner.

An event in Milwaukee supporting President Biden’s plan to lower prescription drug prices by using the leverage of the government to negotiate with Big Pharma received statewide coverage on Wisconsin Public Radio.

Citizen Action’s Robert Kraig was on the Jeff Santos call for the full hour to discuss the near death experience of Biden’s domestic agenda, and the status of voting rights legislation. Listen here.

As reported in our lead story this week, see coverage of our Build Back Better event in La Crosse this week in the La Crosse Tribune 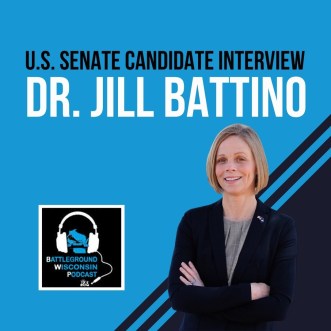 Our panel provides perspective on the big week in the U.S. House with Democrats agreeing to move forward on President Biden’s infrastructure and budget reconciliation bills next month. We update the surging Delta COVID variant in Wisconsin and the nation and our collective response to the pandemic, including Sen. Johnson pushing Ivermectin and vaccine conspiracies while local officials look for help on infrastructure. We congratulate the Colectivo workers who won their union this week, the largest union of coffee workers in America. We welcome Democratic U.S. Senate candidate Dr. Jill Battino and discuss her serious and smart healthcare proposals as part of our continuing series of interviews with the U.S. Senate candidates.
LISTEN NOW! 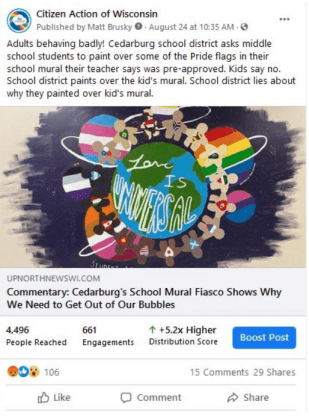