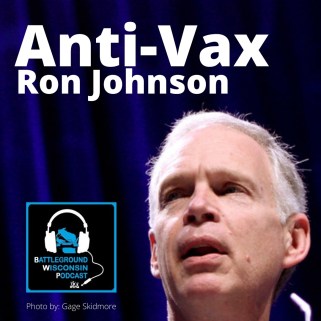 Our panel discusses Senator Ron Johnson’s continued anti-vaccination lies while the county struggles with slowing vaccination rates. How many will die because of Johnson’s political ambitions and loyalty to the ex President? We update the state budget battle following Republican’s action in the Joint Finance Committee to strip hundreds of popular items. We also review the latest rash of terrible GOP bills on everything from school vouchers to more attacks on the voting process being pushed through the Legislature and certain to be vetoed by Governor Evers. Vital Federal pandemic recovery money will start to roll out to states and local governments as Wisconsin discovers our share will be $700 million less. Legislative Republicans are also preparing to impose more Unemployment Insurance barriers to acquiring vitally needed benefits, following other red state Governor’s blaming the unemployed, while a new conservative report pushes privatization of Wisconsin’s unemployment system in the wake of pandemic dysfunction at the agency. What could go wrong? We close by encouraging our listeners to attend the Fair Maps Rally at the State Capitol next Monday, May 17th at Noon.