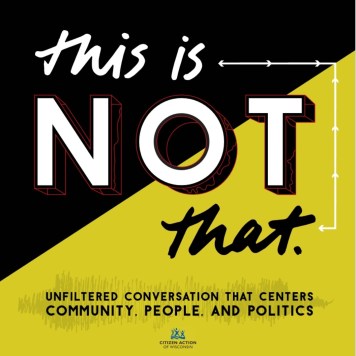 A lot has happened in the couple of weeks since our last show. One of our hosts JoAnna went on vacation to New Orleans, and left in time for the storms which downed 600+ tree’s in Milwaukee and knocked out power to thousands across Milwaukee County. Now that she’s back New Orleans is bracing for a hurricane. It’s also been one year since the shooting of Jacob Blake, and everyone’s still processing that. America is getting out of Afghanistan…kinda, evictions are going to climb, and politicians remain politicians. A lot is happening indeed.

JoAnna Bautch is a leading voice in Wisconsin Movement Politics. From supporting emerging leaders who have shown the desire and values of being movement leaders in the political sector to launching her own campaign for the Wisconsin State Assembly. JoAnna values a political system that is people-centered and focuses on changing structures of inequity.

Isiah Holmes, an investigative reporter with the Wisconsin Examiner, is committed to bringing you FACTS. Isaiah has led the documentation around policing in Wauwatosa and is a part of the bigger conversation of police brutality on both a local and national level.