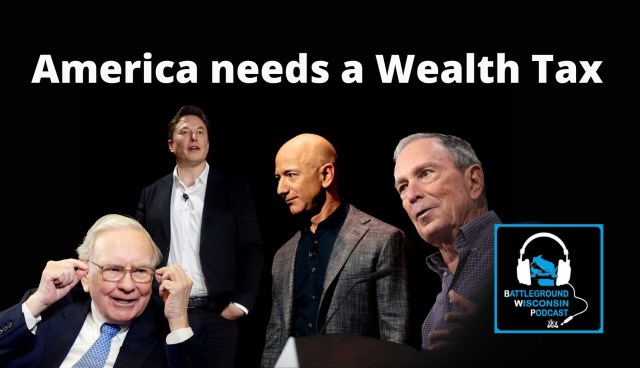 New blockbuster ProPublica research finds the wealthiest Americans pay a true tax rate of only 3.4%. Is America finally ready for a wealth tax? Next, the panel asks on the big question of the day: Can U.S. Senate Democrats get their act together and pass pass bills to protect American democracy? As infrastructure talks with Republicans stall, the only bi-partisanship Congress can muster is behind a nationalist anti-China agenda. Meanwhile horrendous racial disparities in health care access and vaccination access continue despite all the of the lip-service payed to health equity. Does any level of government have the courage to intervene? In the WI Legislature, Republicans look to delay local redistricting a year; and to give back federal Unemployment Insurance money. Meanwhile, a revised estimate of Legislative Republican’s cuts to schools finds it will cost the state $2.3 billion in federal revenue. We close the show by welcoming Peter Rickman from the Milwaukee Area Hospitality and Service Workers union (MASH) to discuss the Justice for Janitors contract campaign launching next Tuesday, June 15th at 3pm in Milwaukee’s Zeidler Park.
Listen Now – Episode #496
Download Mp3
Press Clips 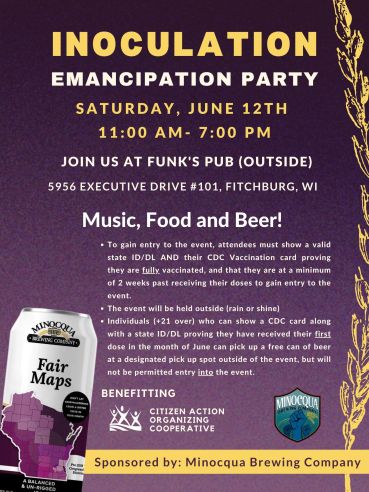 Listen to the 2nd episode of Citizen Action’s new podcast, This is NOT that.