Wisconsinites with pre-existing conditions, marketplace health insurance, at grave risk of having coverage taken away by right-wing federal judges 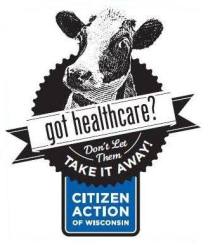 Milwaukee: Late yesterday, the unending drive by conservative politicians to rip health coverage away from millions Americans, and re-legalize insurance discrimination, came a step closer to tearing apart the health care system. A Republican dominated Fifth Circuit Court of Appeals panel ruled in favor of the Trump administration in Texas vs. United States, striking down the Affordable Care Act’s individual mandate. President Donald Trump and U.S. Attorney General William Bar are using the case as a vehicle for invalidating the entire ACA, including the popular protections against pre-existing condition discrimination. The judges, both Republican appointees, remanded the decision on the other elements of the ACA to the same right-wing lower court judge who already struck it down last year.

This morning, Citizen Action of Wisconsin teamed up with Wisconsin Attorney General Josh Kaul and Protect Our Care to hold a media briefing on the implications of this development for Wisconsin. You can listen to the entire media call here. Speakers made the case that judicial action invalidating the ACA is a clear and present danger.

In addition, Citizen Action is urging lawmakers to codify the ACA’s consumer protections and health insurance regulations in state law to protect Wisconsinites in the event of a damaging U.S. Supreme Court decision. Senate Bill 37, sponsored by Sen. Jon Erpenbach, is a huge step in this direction. Citizen Action is also urging lawmakers to create a plan, triggered by an adverse court decision striking down the ACA, to replace marketplace plans for people who buy insurance on their own and the federal subsidies that make them more affordable.

If the ACA was struck down the following provisions would be eliminated from federal law:

In addition, 153,000 Wisconsinites would have their health coverage taken away if the ACA was struck down, according to a recent study by the Urban Institute.

Milwaukee resident Megan McGee, who lives with pre-existing conditions, described her reaction to the ruling and the threat to the ACA: “I’ve had back problems and birth complications. I’m told there are no long-term effects of either. But will insurers care? Without the ACA, could I get kicked off my insurance plan? When I think about the possibility of the ACA being overturned, I don’t worry about one thing. I worry about many things: what will happen to me, my 2 year old, a family member who is mentally ill, and my 2 employees.”

“The federal court nullification of the ACA is a predictable human-made disaster that would wreak havoc with the lives and livelihoods of hundreds of thousands of Wisconsinites,” said Robert Kraig, Executive Director, Citizen Action of Wisconsin. “We urge state lawmakers to take action to put the popular federal protections against pre-existing condition discrimination and other insurance industry abuses in state law, and beyond the reach of activist federal judges.”