See our list of endorsed candidates for State Legislature 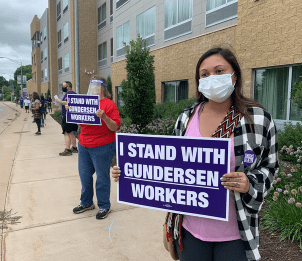 Last Sunday, Aug 2nd, several Citizen Action of Wisconsin members came out to tell Gundersen Healthcare to stop suing community members over medical debt, stop garnishing workers wages and to give employees better healthcare.  You can read more about the rally and protest here and here.

Gundersen has a long history of taking community members to collections for healthcare bills as low as $300.00 destroying people’s financial future in the process.  They have also been garnishing wages OF THEIR OWN EMPLOYEES.  Gundersen is a “non profit” healthcare system that produced over a billion dollars of profit last year alone.  They currently pay their CEO $1.1M a year. 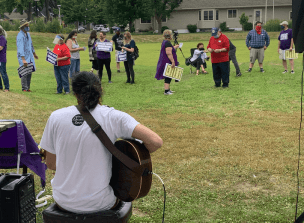 50 area activists gathered at Poage Park in La Crosse for a rally that included music and speakers such as local activist leader and Ho-Chunk member Tracy Littlejohn.  People shared their stories about the impact medical debt has had on their life and how there is a better path forward.

Everyone onsite was standing up and making the following demands of Gundersen:

If you were not able to join us on Sunday you can still make your voice heard.  Please sign our digital petition right here.  This petition will be delivered to Gundersen in the coming days.

Thank you to everyone who was able to join us.  Look for more actions in the coming days to fight against medical debt, expand healthcare and help create a universal healthcare system in America!

Volunteer to Get Out The Vote: Primary Election, Tuesday, August 11th

Sign Up to Send Texts for Citizen Action of Wisconsin Candidates who have contested Primaries on Tuesday August 11th!

Both the text messages and the call scripts will incorporate the Race Class Narrative Messaging that we’ve been testing over the past couple of months, and the call program will give you an intro into the Deep Phone Canvass model we’ve been developing with People’s Action! 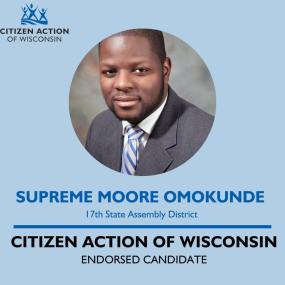 Contact the La Crosse County Board to let them know that you support 100% clean, renewable energy by 2050

This effort is being brought to you by Wisconsin League of Conservation Voters, Coulee Region Sierra Club and Citizen Action of Wisconsin.

For those of you outside of La Crosse County thank you for your support but please do not submit these forms.

On August 29th the Citizen Action of Wisconsin Driftless Co-op will have its one year anniversary of organizing in the area.  In honor of the big day we will be hosting a virtual meeting for all our members, friends and allies.

This will be a chance to hear about all the work we have done to expand healthcare, protect voting rights, fight climate change and elect progressive candidates.  We will also be laying out our plans for the rest of the year.  Several members will be presenting on projects they have been working on with Citizen Action.

We encourage everyone to come out for this very special virtual meeting.  Please use the link below to RSVP.  Space is limited so RSVP today!  Details on how to join this Zoom meeting will be sent once you RSVP. 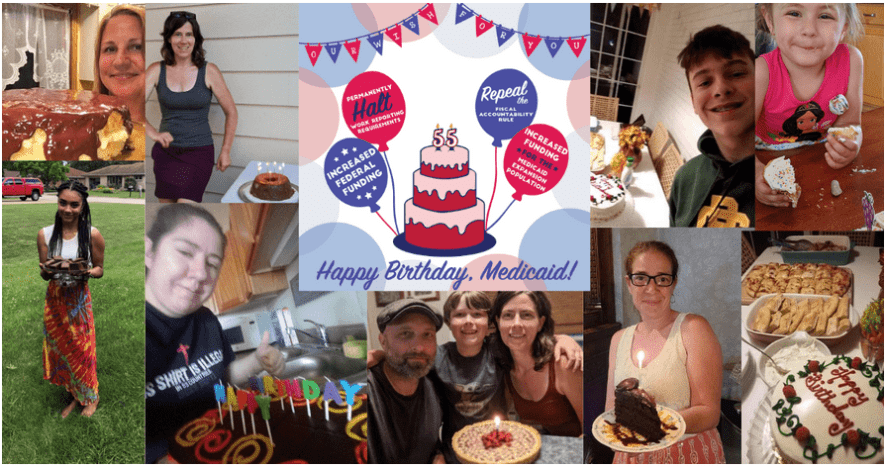 Members of Citizen Action participated in a bake off to commemorate the 55th anniversary of Medicaid. Without this important program, our most vulnerable would fall through the cracks.  Members baked a treat and took selfies to show their support for the program that has either saved their lives or the lives of someone they know.  Chances are very high that you know someone who was helped by BadgerCare/Medicaid at one time or another.  We need to stand up for this important program.  If healthcare is an important issue to you, join the healthcare co-op and take a collective action around various healthcare issues. 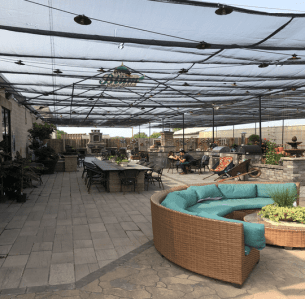 Coffee with with your Co-Op-Milwaukee Area

In the Milwaukee area, meet Karen on Monday mornings at 9:30 at Blum Coffee Garden It’s a giant outdoor patio with plenty of room to social distance.  Please wear a mask when you are not drinking coffee as there are several older people that sometimes attend and we need to be extra vigilant. 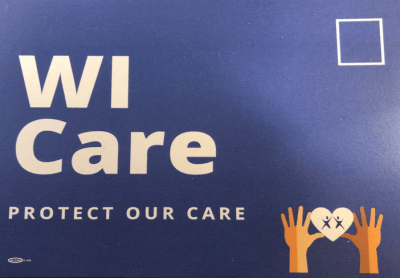 Sign up to send a postcard to your 2 state level legislators and Governor Tony Evers,  asking them to enshrine pre-existing conditions protection, free preventative care and to close the surprise billing loophole.  We will send you the postcards for you to make out and mail from home and we even pay for postage.

Citizen Action’s Robert Kraig discussed how progressives can best influence Joe Biden on the Jeff Santos Radio Show. The program, which originates from Boston, is replayed on the commercial progressive radio stations in the Madison and Milwaukee media markets. Citizen Action’s Battleground Wisconsin is also featured on these stations every week.

Citizen Action was quoted in a feature story in UpNorthNews on the eviction crisis in Wisconsin.

Citizen Action was quoted in a press release from Senator Tammy Baldwin on her work to prevent Big Pharma from price gouging on a COVID-19 vaccine.

We discuss the potential for a new COVID-19 relief package in Congress and the GOP conspiracy to get Kanye West on the presidential ballot in Wisconsin. Could it influence the outcome in November? We welcome Citizen Action endorsed State Representative candidates Supreme Moore-Omokunde and JoAnna Bautch to discuss their campaigns and next week’s important primary election on Tuesday, August 11th. Will they shake up the Democratic Party in Madison? We encourage you to volunteer with a candidate to help get out the vote. We close the show with Voces de la Frontera’s Christine Neumann-Ortiz and Mario Ramirez discussing their Friday 11am rally in support of fired Strauss workers in Franklin, and the importance of their statewide organizing campaign fighting for the rights of all “essential” workers during the COVID-19 pandemic. 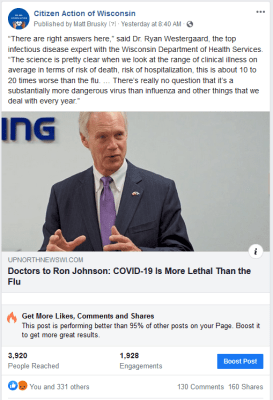