Volunteer to help candidates get out the vote SEE BELOW

Topics included how to set an appointment, how to prepare for the visit, the importance of taking notes in the meeting (and paying attention to when the elect leader you are meeting with starts taking notes), how to explain the topic, how to talk about an issue you care about even if you are not an expert, how to tell your personal story, how to make an ask of an elected leader, and what your follow up should look like. You can read our tips to meeting with an elected leader right here.

Co-op members who want to make a difference and get involved should contact Ben Wilson ([email protected]) right away. The state senate will soon be taking up a series of climate change bill that would be an amazing first step in Wisconsin’s fight against climate change. Hopefully soon we will be working with members of the La Crosse county board on a Medicare For All county resolution. It is vital that our law makers hear from us about these issues and many more.

It recently came out that there is an alleged agreement between the Trump administration and Lao People’s Democratic Republic to export long-time Hmong and Lao residents back to Laos. This has sent a ripple effect of fear and trauma for some in these communities. Co-op member, and Congressional candidate for the 7th CD, Tricia Zunker organized a press event in response to this. She invited founding Co-op member (County Board Supervisor and Candidate for the Wausau School Board) Ka Lo and Wausau Mayoral candidate (County Board Supervisor and Co-op member) Katie Rosenberg to speak on this issue, as well as other members of the community and the Co-op. You can see coverage of this event on WAOW, WSAW, Wausau Daily Herald, and WJFW.

Founding NC Organizing Co-op member, David Barnhill, is always hard at work in Vilas, and Oneida County. Here is an opportunity to catch a film, called Dark Money, with David and friends. David is also an active member of his County party, OWR-Northwoods Chapter, and many other groups.

School classes. He spoke to nearly 40 students between the morning and afternoon classes. Many of the students feel like their voice does not matter or that they can’t make a difference. Joel pointed to successes at the local level that would not have occurred without people being organized and without voting. The students had great questions, and a couple of them even thanked Joel for taking the time to come speak with them and for listening to them. Maybe they were inspired to get more active! Everyone in the room also pledged to take the Census!

There will be a Fair Maps WiLD Training in Wausau, Feb. 28th – March 1st at the Jefferson Street Inn. This all started to culminate at a Fair Maps Summit put on in Marshfield earlier in the year. Now, there has been a planning meeting in Ladysmith, and in Wausau, to ensure that we have a great turnout at the training. Several Co-op members and allies will be at this training and have played a very active role in this year’s (as well as in previous years) Fair Maps efforts. Marathon and Oneida counties both have not passed Fair Maps resolutions, nor have they had a referendum on their ballots to ask the voters what they think. Stay tuned!!

We all know that in today’s world we all vote with our dollar. How we spend our money everyday impacts the decisions made by American corporations that have a huge impact on our lives. Citizen Action of Wisconsin wants to help everyone start using their spending power to let polluters know that we demand action to save our environment and fight climate change!

Citizen Action of Wisconsin’s organizing director Kevin Kane is designing a campaign help people move their money from polluters. Kevin would like your help designing this campaign.  Please take a moment and use this link to schedule a 30 minute phone call with Kevin.

By voting with our dollars we can hit polluters where it hurts and let them know that we demand action to save our planet for future generation!

“Coffee with your Co-op” is a great chance to meet fellow activists and co-op members, talk politics, learn about upcoming events, and talk about how we can mobilize our power!  We do all this in an informal setting over coffee. “Coffee with your Co-op” events take place in La Crosse, Viroqua and across Southwest Wisconsin! Our next gathering will be in La Crosse on February 22nd at noon. We will be meeting at Java Vino on State rd.

We will be joined by State Senate candidate and Citizen Action of Wisconsin co-op member Joni Anderson. Joni is running against Luther Olsen in district 14. Joni is the vice president of her union and is running on a platform of fighting climate change, Medicare for all, building the labor movement and ending the unfair political practice of gerrymandering. Joni will be on hand to discuss her campaign and how Citizen Action members, even those outside of her district, can get involved with her campaign.

“Coffee with your Co-op” events are open to all co-op members as well as those who just want to learn more about the work Citizen Action of Wisconsin is doing. Please take a moment to RSVP for this event here. We look forward to seeing every Feb 22nd at 12:00 PM at Java Vino in La Crosse!

The next “Coffee With Your Co-op” event will be in Viroqua and will be announced soon so stay tuned!

Join us in Wauwatosa, February 27th, as we discuss on how we can move our utility to renewable energies 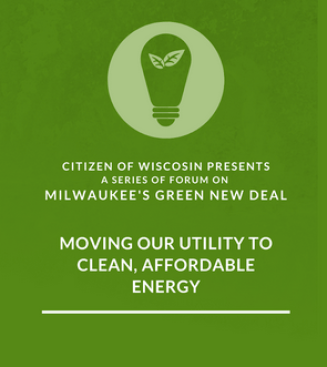 Panel members will help us explore: 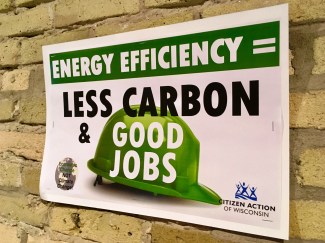 Citizen Action of Wisconsin has launched the Green & Union Homes fellowship program to help our members fight climate change, create local living wage jobs, and save money by upgrading their homes with solar panels, new insulation, air sealing, new heating/cooling units and other energy saving measures while saving money right away. The fellowship is a four week completely-virtual training and coaching program, with the next group starting in March, that can save homeowners thousands of dollars a year in utility costs and allow homeowners to claim hundreds of dollars in rebates and tax credits. These upgrades can come at no upfront cost, and fellows can qualify for between $900-to-$2,000 to cover their time.

If you have been interested in upgrading your home with solar panels and other upgrades to reduce your carbon footprint then this program could be for you. Fellows will learn why upgrading homes matters, how to do it, who can perform the work, and how to move banks and credit unions to start paying for it immediately so you see immediate savings. Most importantly, it will prepare you to share with others how they too can fight climate change at home.

The Marathon County Democratic Party has a canvass this weekend from Noon to 3 to help Get out the Vote for Tricia and our State Supreme Court candidates. If you live in other parts of the 7th CD, please contact your local party for volunteer and get out the vote opportunities.

Volunteer to Canvass with Citizen Action endorsed candidate JoCasta Zamarripa to get out the vote! 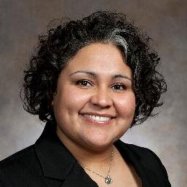 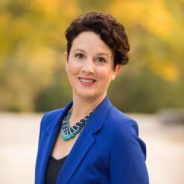 Join Marina for coffee, snacks and an opportunity to knock on voters’ doors for Marina Dimitrijevic for Alderwoman.

Get a Yes for MPS yard sign (see image)

We discuss the shameful legislative week for Wisconsin Republicans that included ignoring Gov. Evers’ call for a special session on education in favor of bills locking up more people at great cost and politicizing sexual assault kit testing. Our panel reviews the state of the Democratic presidential primary contest after the New Hampshire primary and looks forward to the spring primary election next Tuesday, Feb 18th. A Milwaukee TV station finds registered voters who are wrongly targeted for purging from the state rolls. We also welcome Citizen Action co-op member Alex Brower who is running for City of Milwaukee Comptroller on a progressive agenda that includes replacing WeEnergies with a public municipal utility and establishing a public bank.